I drove down Botchergate the other day only to see that the old J P Dias music shop has now been completely  demolished, Quite sad really as in the past 30 years at Rainbow music the one shop that still gets a mention is J P Dias. 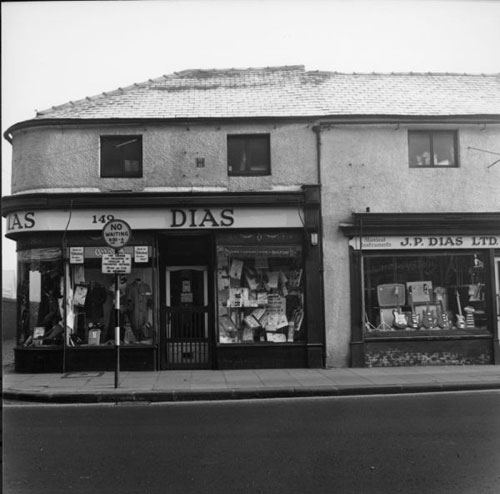 I Remember Buying My First Guitar..

Back in the day in 1973 I decided at the age of 12 that I would like to learn to play the guitar. In those days the main shop in Carlisle at the time was J.P Dias who sold a variety of instruments including HH amplifiers,  Hammond organs and of course guitars. They also had a mens clothing department next door attached to the music shop. I never could quite see the connection but it obviously worked at the time.

The other shop at the time was E.T Roberts on the Crescent who mainly sold sheet music and records with a sprinkling of harmonicas and school recorders and other such school instruments.

As I appeared very keen it was decided that we would make the trip down to J P Dias  one Saturday morning. We went up the stairs and we were met by a man behind the counter. Explaining what we wanted he showed us a variety of guitars including a classical nylon strung guitar. It was decided that this would be the best option. The guitar in question was £8.00. It was quickly decided that as I was left handed the guitar should be restrung accordingly. The man quickly carried out the restring.

Once restrung it was decided that I would probably need a carrying case and a book as I would  be going for guitar lessons. This done we paid the money and left with a brand new classical guitar in a brightly coloured vinyl case.